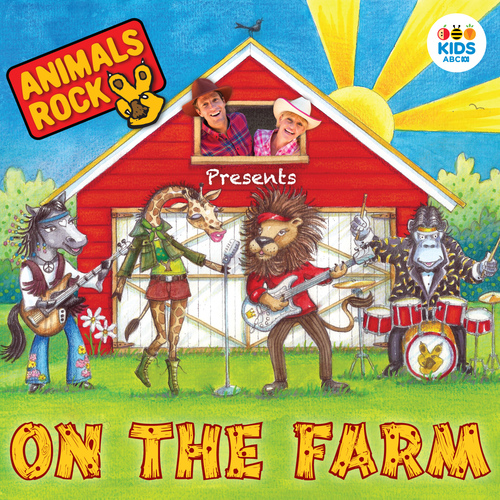 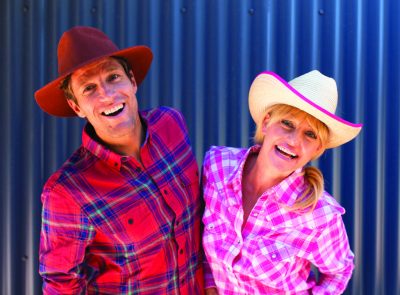 Children and adults alike embark on a journey of wonder and learning, grooving along with the ANIMALS ROCK band. The Byron Bay based band, fronted by founder Beau Young and television presenter Shelley Craft, opens kids‟ eyes and ears up to the big wide world of animals.

ANIMALS ROCK would not be rocking without the talents of its band members. On lead guitar and vocals is cool cat, LeoniusFunk, super stylin‟ Ginger the giraffe is the band‟s soulful back up signer (the best in the Animal Kingdom), keeping the beat is Gordo, the drum playing, banana-smoothieloving gorilla, and lastly there is Lila, the fairy loving, flower-child-vibinghappy horse who brings the base to the band.

The adult friendly, infectious sounds of ANIMALS ROCK are the brainchild of Beau Young -Australian singer, songwriter, and musician (and not to mention two-time world champion surfer). With his career in the folk rock/acoustic genre kicking along, Beau was approached to write a theme songfor a children‟s toy company leading him to discover his love of making music for the „little people‟ while upholding „big people‟ sophistication in each song. Wanting to bring this adult standard to children‟s entertainment, Beau set out to create authentic folk rock for preschoolers with an educational undertone.

In 2011, Beau decided to take his songs on the road, firstly playing to local school kids in the Byron area. With awareness of the band growing organically, Beau‟s school tour extended to greater New South Wales and beyond. It is this true „grassroots‟ approach that lead Beau to Shelley. Shelley, mother to Milla, 4 and Eadie, 3, first met Beau when he performed at Milla‟sdaycare in 2011 and the ANIMALS ROCK tracks have been on constant play in Shelley‟s home and car ever since. The girls sing along and know all the moves!

Children‟s entertainment is not new to Shelley. A veteran of the television industry for twenty years, Shelley began her presenting career at the age of 17 at Warner Bros Movieworldas an attraction presenter and character suit –yes, she was Daffy Duck! The Seven Network‟s popular kids show, Saturday Disneysoon recognized Shelley‟s talents and the show became her home for six years, giving Shelley the pleasure of entertaining children nationally. The following six years saw Shelley build her career as one of the countries most respected hosts and presenters on hit shows such as The Great Outdoorsand Australia’s Funniest Home Video Show. She‟s now back entertaining kids and their families co-hosting top-rating primetime show, The Block.

Starting out as number one groupie of the ANIMALS ROCK band, Shelley soon became an official band member, bringing her extensiveknowledge, undeniable energy, love for entertaining kids and sweet dance moves with her. What began as a labourof love is now finally set to hit the airwaves thanks to the support of the ABC who are helping Beau and Shelley spread the lovable sounds of ANIMALS ROCK to households across the country.

With friends like Ben Harper, Ash Grunwaldand Jack Johnson providing input along the ANIMALS ROCK journey, the debut album, Farm Animalsset for release in June will without doubt give kids a taste of genuine music in a language and format they understand and get a buzz from.