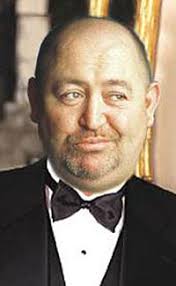 Brad has performed over 2000 regular Stand-Up Comedy performances in front of crowds ranging from 3 to 3000 people. As well as working in comedy venues, he has worked in Schools, Universities/TAFEs, Workplaces, Clubs, Concerts, Television, Commercial Radio, on buses, boats and the odd back of a truck.

His ability to tune-in and be flexible to the mood of the audience, with his appealing humour ensure he is regarded as one of Melbourne’s most reliable and capable MCs. His humour could be described as everyday Australian, which means he works easily anywhere in the country (as he has done) and relies on Australians recognising their own culture being sent up (which they invariably do). He has also spoken and lectured on comedy and is, along with scientists from the CSIRO, a co-author/creator of the comedy science soap, Co-Lab; published by the CSIRO on the Internet. He currently - lectures at Victoria University in Comedy Writing, is House Director and Script Consultant for Medieval Madness, is involved in radio on-air presentation at GOLD 104.3 FM, a writer for TV Show Totally Full Frontal, contributes articles to The Age, The Herald-Sun and Large magazine - and his "corporate events" work includes conceiving, implementing and hosting successful team building events. Brad is a writer and performer who can tailor a performance to your requirements. He has the ability to ensure that his performance is both professional and suitable to the taste of all his audience.