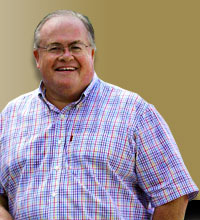 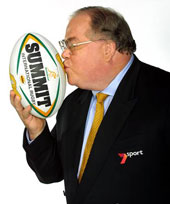 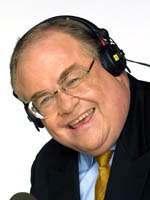 In Queensland, Chris 'Buddha' Handy is almost better known than his nick namesake. Like XXXX and Bundaberg Rum, this irreverent former Wallaby hooker, accountant, publican and media phenomenon is an institution for rugby lovers and for anyone who enjoys a great yarn told by a likable bloke.

Chris Handy is an ambassador for the Queensland Reds, a rugby commentator and television reporter. He is most famously known for his patriotic and lighthearted commentating quips and his 'Go you good thing!' outcry.

In his playing days, as a barrel-chested prop forward Chris 'Buddha' Handy played some 54 games for Queensland and was one of the select band of Wallabies to have lifted the Bledisloe Cup on two occasions.

Chris Handy is the author of Well I'll be Ruggered and a contributor to many rugby periodicals. He has a multitude of sporting anecdotes, making him a popular after-dinner speaker.