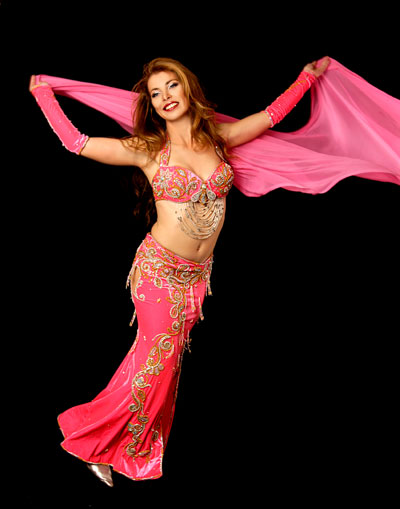 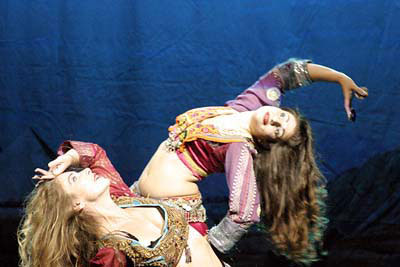 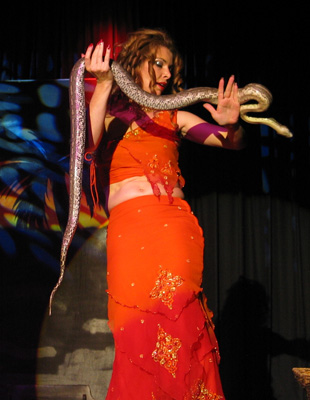 Daria has been dancing all her life and is a Sydney based belly dancer. She has been performing the art of Dancee Oriental, better known in this country as belly dancing, for the last ten years. Daria is also one of the founding members of the very popular Desert Jewels troupe and 1001 Nights Theatrical extravaganza. Daria has appeared in European music videos, television commercials and many television appearances. Daria travels frequently and has completed major bellydance workshops with renowned teachers from Egypt including Randa, Yasmina, Carolina, Leila and Horacio & Beata of Germany. Daria's aim is to expose non-Arabic audiences to the beauty and subtleties of Middle Eastern dance drawing on her European heritage combining gypsy and latin dance, cultivating into her own unique style of performance.

To complement her dancing, Daria also offers spectacular sword balancing and mesmerising veil-work, along with fabulous Isis wings. For something a little different Daria can perform with a live snake. Either snake dancing or roving. Guaranteed to enthrall the audience!