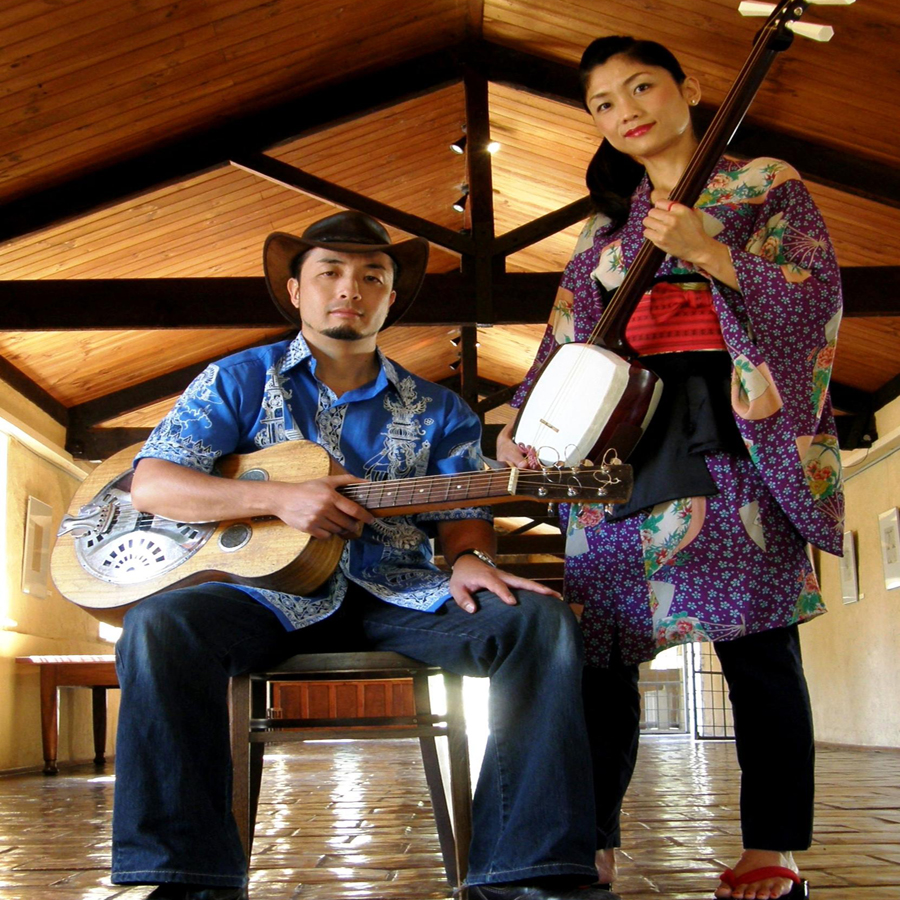 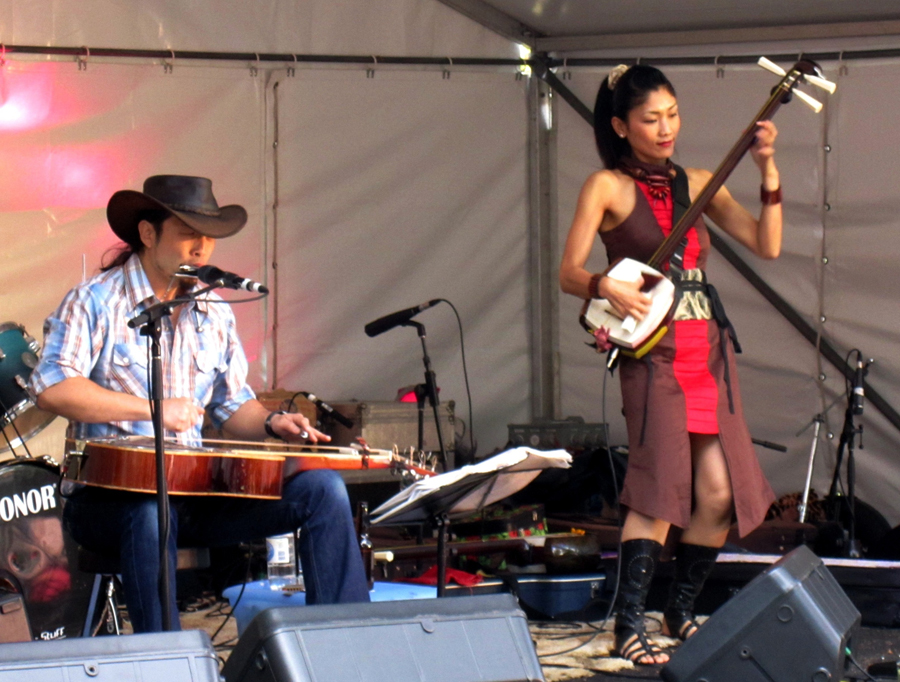 George and Noriko met by chance in Melbourne and after uncovering the similarities between traditional Japanese music and blues began to explore the uncharted musical possibilities. The two styles produced an amazing cross over and they began preparation for a performance at the 2007 Melbourne Fringe Festival. The West vs East project showcases the power and creativity that comes from the mixing of cultures.

Both musicians were born and raised in Japan but have made their lives in Australia. They promote and retain their Japanese customs but embrace and welcome the music and arts of so many other cultures. Mixing well known blues songs with ancient Japanese music enables people to, not only through sound but also sight, experience first hand the coming together of traditional and contemporary. The traditional dress worn by Noriko, the cowboy image of George, the use of Taiko (Japanese drum) and the explanations and teachings given by Noriko and George provide an all round cultural ‘feast’. Since playing together they have won acclaim and a swag of awards including the Mortlake based Australian Busking Championship in 2008. They also performed at WOMADelade in 2010, the National Folk Festival in 2011 and the Port Fairy Folk Festival 2012. On top of all this, they were also surprise finalists on Australia’s Got Talent 2012.