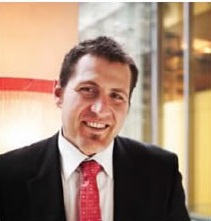 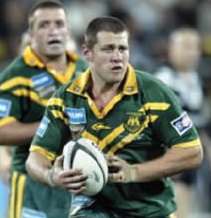 Jason Stevens is not your average sports star and definitely not your average guy. Jason is a TV presenter, author of 2 books and a corporate motivational speaker who has also had a successful Rugby League career where he played at the highest level for 14 seasons with both the Cronulla Sharks and St George Dragons.

He also represented NSW and Australia on numerous occasions. But his success didnt stop at Rugby. It’s his work off the field that contributed to him being described by Australias leading newspaper as the changing face of rugby league. Stevens being an active Christian plays a big part in the way he approaches life and the people who are fortunate to be around him.

Since retiring from the game, Jason’s charismatic, warm and witty nature catapulted him onto our TV screens when he featured and had his own segments on The Footy Show, The Fat and The Matty Johns show. In 2010, Jason hosted his own lifestyle/variety show on 7TWO called, Big J’s Place in which his wife Beck also has a presenting role. Jason and Beck have an incredible chemistry both on and off air. They are currently in pre-production for the second series of Big J’s Place.

Jason’s various roles on TV have seen him swap smack down stories with The Rock, flex his muscles at a blushing Nicole Kidman on the red carpet, sing with The Village People, talk crime investigation with Cold Cases Detective Rush, and he learned dance moves from Carmen Electra.

Stevens has interviewed many other celebrities with a unique, charming style which always leaves audiences laughing and wanting more. In 2005, Jason showed his popularity with the ladies when Stevens was a finalist in Cleo’s bachelor of the year competition. Last year he also took on the challenge of Dancing with the stars.

Whether Jason Stevens is telling a joke, speaking on sensitive issues or talking sport, he is engaging and passionate which makes him an appealing guest speaker or MC. In the past he has been invited on two occasions to speak at Parliament House for an intimate audience with Former Prime Minister Howard. As well as delivering key note messages on leadership and team building for companies such as Telstra, Phillips, and Sanity; Jason has dedicated his time to speaking at schools. Speaking of schools; Jason has also completed a Bachelor of Commerce degree.

To unwind, Jason loves watching movies and admits that he wants to direct and star in them too – hence completing an acting and script writing course at NIDA. Jason is a multi-talented character who has many interests, loves and passions. However, he says, The most important things in life are family, church, giving back to the community and great coffee!