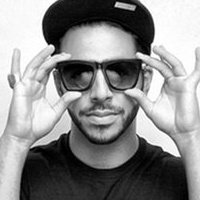 If you have ever come across Australian DJProducer Rob Pix, he has most likely crashed your party, drank your vodka and left you melodically scarred all in the name of having a good time.

His productions and DJ sets draw influences from Electro, Techno, Rave, Dutch House and a myriad of dance genres. His hard hitting originals and remixes released via Downright, Sweat It Out!, Vicious and OneLove regularly attain international airplay and chart status.

Pix’s releases have enlisted support from a range of iconic DJs; Chuckie, Crookers, David Guetta, Laidback Luke, DJ Craze, Bingo Players, Tommy Trash and beyond. It wasn’t long before Ministry Of Sound Australia picked up on this noise and hit up Rob to stamp his uniquely futuristic sound on their ‘Sessions’ mix series (2011, 2012). The compilations topped the Australian iTunes dance charts and made it into the top 5 on the overall album charts.

Travelling throughout Australia every weekend, his DJ appearances include nightspots in his hometown of Melbourne as well as in Sydney, Brisbane, Gold Coast, Adelaide and Perth. Festivals such as Stereosonic, Splendour in the Grass and Future Music Festival regularly call on his distinctive bass laden DJ sets and the high energy party vibe for which he is notorious.

Having now solidified his name on home soil and the wider Australasian circuit, the colossal Rob Pix sound is poised for take off.