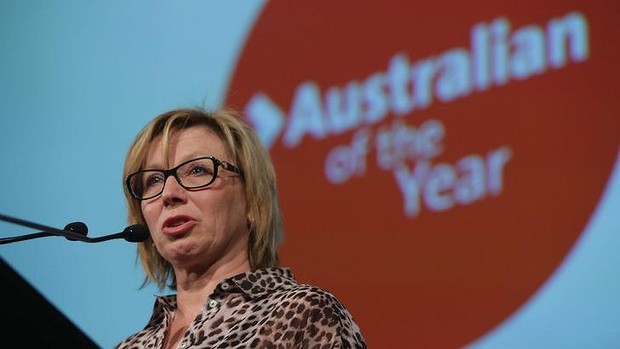 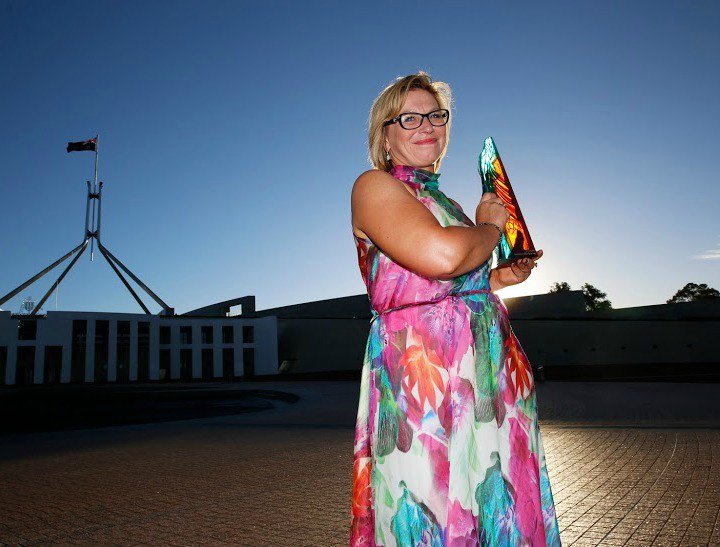 Family violence campaigner Rosie Batty is the 2015 Australian of the Year. She is a leader in the crusade against domestic violence and has turned her personal tragedy into a fight to help others.

Family violence campaigner Rosie Batty is the 2015 Australian of the Year. She is a leader in the crusade against domestic violence and has turned her personal tragedy into a fight to help others. Rosie’s name became synonymous with the words courage and resilience. Only hours after her son’s life was tragically taken, Rosie gave voice to many thousands of victims of domestic violence who had until then remained unheard. Rosie rose above her personal tragedy and the great loss of her 11 year old son, Luke, who was the victim of domestic violence at the hands of his father in a very public assault. Rosie’s ability to articulate the train of events that had led to this tragedy, has demonstrated the wider implications of her experience. She showed that the system isn’t working to ensure the safety of those who find themselves in these circumstances; that family violence can happen to anyone. The then Victorian Police Chief Commissioner, Ken Lay, praised Rosie as the most “remarkable victim” he has ever met and commented that Rosie has put domestic violence on the national agenda. The Commonwealth Government recently launched the Second Action Plan and has allocated more than $100 million over the next four years to Reduce Violence against Women and their Children. Rosie now champions efforts in the fight against domestic violence. She established The Luke Batty Foundation and launched the Never Alone Campaign, asking all Australians to support victims of family violence by signing up at neveralone.com.au Her public speaking appearances are a remarkable story of resilience and courage and they shine a spotlight on the issue and call for systemic changes. Rosie’s incredible strength and selfless efforts are an inspiration to many people.