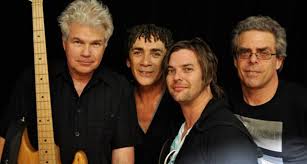 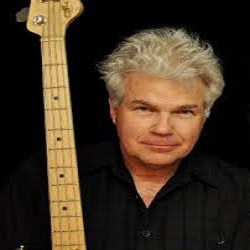 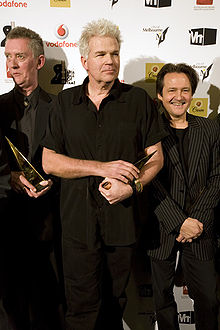 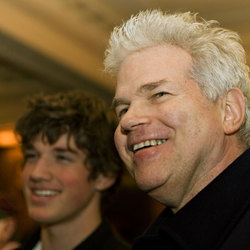 Todd Hunter is a New Zealand musician and composer known for his involvement in the band Dragon. Their best known songs are "April Sun in Cuba", "Are You Old Enough?", "Still in Love With You", and "Rain". Hunter also composed John Farnham's hit song "Age Of Reason" with Johanna Pigott and music for film The Girl Who Came Late (1991) and TV series Heartbreak High (1994–1999).

On 1 July 2008 the Australian Recording Industry Association (ARIA) recognised Dragon's iconic status when they were inducted into their Hall of Fame. In 2006 Todd Hunter reformed Dragon with Mark Williams, Bruce Reid and Pete Drummond; they recorded Sunshine to Rain for Liberation Blue Records. Dragon toured Australia to promote their 2008 CD Dragon Remembers which was an affectionate look at great Australian Anthems recorded by friends and colleagues no longer with us. Dragon were inducted into the ARIA Hall of Fame on 1 July 2008, Hunter stated that they had switched from acoustic performances to fully electric because fans were singing so loud the band couldn't be heard. In 2010 Dragon released the first studio album of new songs for 20 years entitled "Happy I Am" followed by the EP "Chase The Sun" in 2011 and the EP "The Great Divide" in 2012. Dragon have played over 500 shows since the reformation. The band played the "Long Way To The Top" series of concerts in October 2012 then embarked on a 16 date "40th Anniversary National Tour" of New Zealand in mid October. To mark the occasion Liberation Records released "The Dragon Years" a 40 song compilation CD. Dragon played 20 shows on The Red Hot Summer Tour around Australia in early 2013 and kicked off their 40th Anniversary Concert Series at The Sydney Opera House in April 2013. As of July 2014 the reformed Dragon have played over 600 shows.In November 2013 the band mounted a 20 date acoustic tour in cathedrals and churches in New Zealand. In 2014 they Toured Australia from March through to the end of June with The Trilogy Tour, a tour that featured the three main eras of the band, The Young Years (1970s), The Glory Years (1980s) and The Phoenix Years (2006 on). Dragon's new album ROSES is being launched at The Basement in Sydney in September.