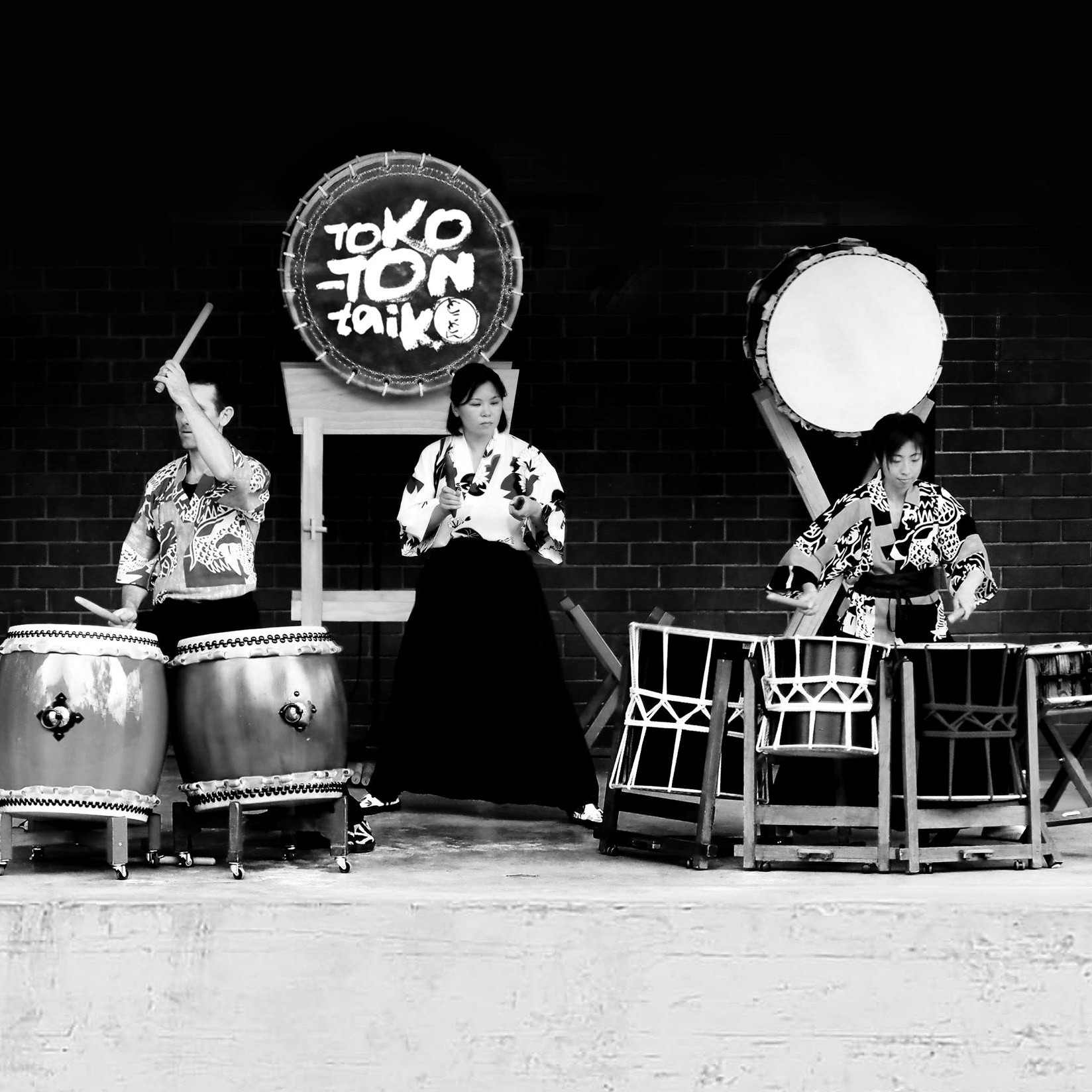 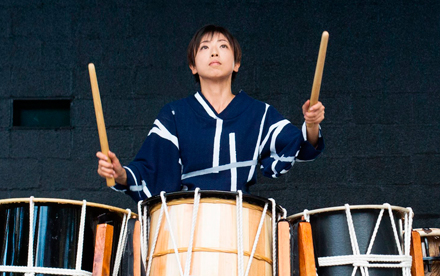 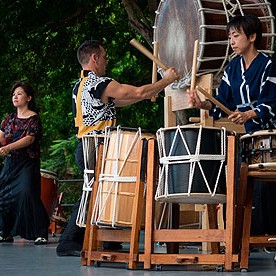 The group is made up of 3 experienced taiko players, Chie Kajiwara, Shinobu Takebata and Steve Mason. All 3 players have learned under highly respected Japanese taiko masters. After spending several years performing with other taiko groups, Toko-ton was formed in 2012. Since then, they have strived to be original; playing a unique style of taiko that is rarely seen outside of Japan.

Toko-ton returns to Japan each year to build on their knowledge and experience while connecting to the roots of taiko's origins.

The name Toko-Ton not only sounds like the beat of a drum, but in the Japanese language also means putting in 100%. That is the group's motto - to put in all the effort and energy they have, whilst sharing their love, respect and enjoyment for this Japanese art form.

In 2015 alone Toko-ton performed in over 80 different locations including a private function for Mercedes Benz.