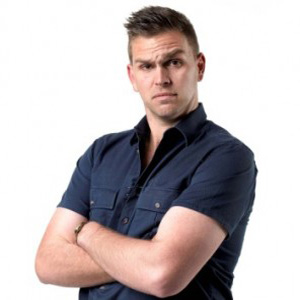 Harley Breen is surely and rapidly becoming a major player in the Australian and International comedy world. He is young, and already well versed in the language of the art that is Comedy. He began with his feet planted firmly on the ground and his mind traveling to exotic and imaginative destinations.

After 2 years working the Australian comedy circuit Harley took part in the 2004 Melbourne International Comedy festival (MICF). He has been a major part of the MICF calendar for the past 5 years with show titles including “A Harley shaped Hickey called Wayne”, “SKINT” “Son of a Preacher Man”, “The Kingswood and I” and “Hot Frankenstein”. In the 2006 MICF Harley produced and performed his first solo show the for mentioned “Son of a Preacher Man” directed by Brad Oakes. Which achieved sell out crowds and acclaim throughout the season.

With rapid energy and physicality, Harley delivers his bizarre and absurd takes on the world, captivating his audience with unmarked ideas and surreal images in a mission to unravel rigid beliefs and preset assumptions that mostly subside cunningly deep within institutions and establishments (what the hell does that mean?). Harley tackles his dilemmas and sticky situations head-on exposing humor that may otherwise go unnoticed.