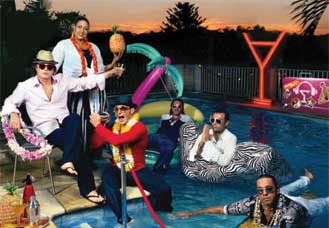 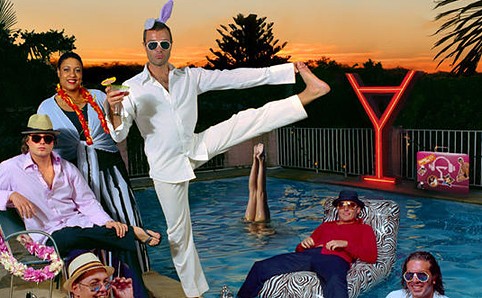 Martini Club is a band that combines the sparkle of a live band plus a DJ, this combo has been their signature since the beginning which lead them to perform at the best events and venues around the world, United Kingdom, Ibiza, Shanghai, Berlin, New York and also the Olympics at Sydney.

The Martini Club band has built up a recognizable ability to mix classic songs from the seventies up to contemporary modern music, creating one of a kind sounds to make what they know best, keep people moving on the dance floor. The band has been called a hybrid act as well as a DJ combo or DJ Band, bringing a blend of funk, electronic and house with a twist of Latin percussions.

Since 2013, the band has been performing in Sydney’s most popular bars, clubs and festivals such as Home Nightclub, Cherrijam, Cargo Bar, Coogee Bay Palace, the Spring Carnival, Field Day and Plan B. Also they have a tour outside the New South Wales area that include shows at the Magnetic Islands, Byron Bay, Noosa and New Zealand.

The Martini Club line-up is led by soul-singer Towera Smith on lead Vocals, her background includes a national tour with Paul Mac and many other top producers and DJ’s, Adam Burrell is in charge of the trumpet, Burrell was part of two major bands, Metabass and Breath (hip-hop) and The Stick Figures (electronic), Will Farge on the saxophone, Pascal Pouzet on decks/percussions who has performed at festivals like Field Day, Good Vibrations Festival, Sounds on Sunday and brilliant drummer Mark Olsen (MTV Music Awards, Pussycat Dolls, The Voice).

The bands large appeal has led them to perform their music for many companies, Virgin Atlantic, Ella Bache, Macquarie Bank, Vodafone, ACP, Symantec, Citibank, Summer Field Day, Big Day Out and last but not least at the Playboy Mansion in Los Angeles California.