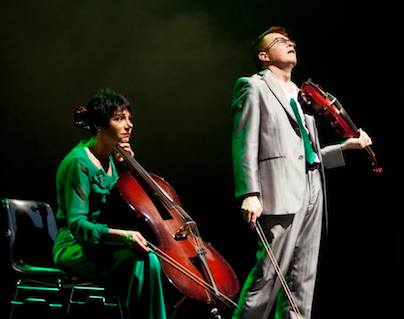 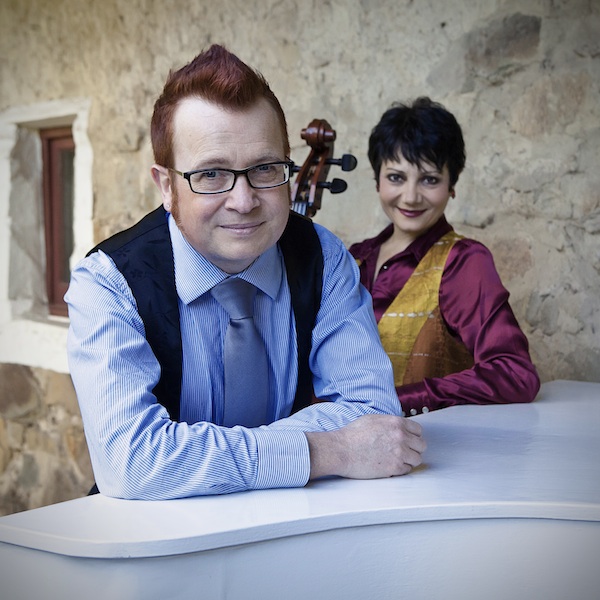 String Fever is a unique blend of virtuosic musicianship, nouveau-vaudevilian comedy and a broad palette of the world’s most popular music. Husband and wife duo Brenton & Jacqui Edgecombe combine early careers in the Symphony (working with artists including Pavarotti, Ray Charles and the Beatles' Sir George Martin) with nearly two decades as full-time entertainers to present a show that is unique, classy – and most importantly – a lot of fun. Their musical roller-coaster will take you from Bluegrass to Beethoven to the Beatles; a cheeky tribute to Andre Rieu and Brenton's unforgettable Elton John impression.

They have received 11 National Awards for their services to showbiz, including five ‘MO’ Awards, and the “Qantas Peter Allen Variety Performers of the Year”.

As well as performing in theatres and clubs around Australia (and at an odd private party in the South of France!) String Fever have also taken their talents to sea, performing around the world on cruise ships for Celebrity Cruises, Seabourn, Silversea, Regent Seven Seas, Crystal, Royal Caribbean International, Oceania, P&O Australia, Princess Cruises, Holland America Line, and Cunard.