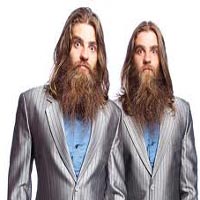 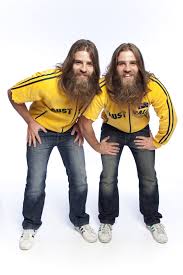 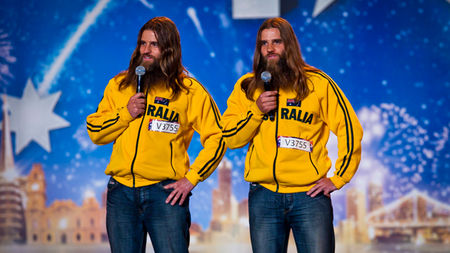 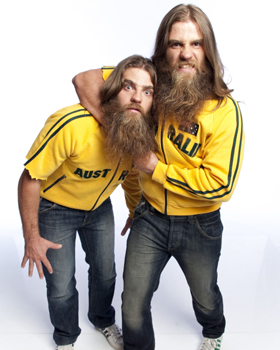 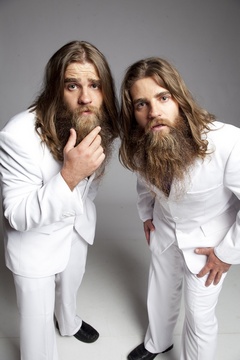 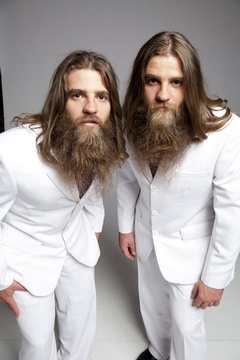 About The Nelson Twins

The Nelson Twins are one of the most unique stand up comedy acts in the world. Raised in rural New South Wales, they have been performing as a duo for the past 6 years. From their humble beginnings in 2006, the twins have fast become one of the most sought after double acts in Australia, dazzling corporate and club crowds alike with their cheeky humour.

Their big bush ranger beards and cracking one liner jokes are just a part of an amazing act never before seen on the comedy circuit. The boys are constantly bickering amongst themselves on stage and are never afraid to tackle a comment from an audience member. They have won several comedy awards in their short career and shown their versatility by performing to sold out audiences in Edinburgh during the 2010 Fringe Festival.

Their TV credits include Australia’s Got Talent, The Footy Show, NBC’S Last Comic Standing, 2010 Australian IQ Test and a host of TV commercials. In addition, the twins are regular guests on local radio stations offering their opinions on a range of topics from sibling rivalry to the war in Afghanistan. As well as being talented actors and comedians, the boys have put their writing skills to good use and formulated a curriculum based program for secondary schools.