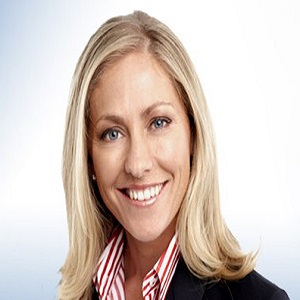 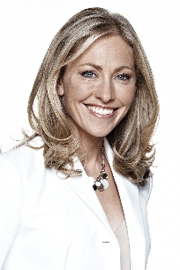 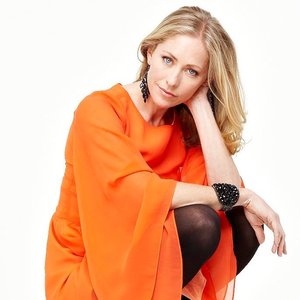 FOXTEL Olympic Host, former SKY News Sports Presenter and Fox Footy Presenter, Tiffany Cherry has always loved sport! Tiffany Cherry is one of Australia’s most well known female Sports broadcasters, having presented on Foxtel and Sky Sports News Australia. Tiffany has spent over fifteen years in the media industry both in Australia and the US.

With her love for public speaking, Tiffany regularly gives talks to schools and sporting clubs, as well as hosting major functions and events for sporting and corporate groups. In December 2012 Tiffany joined the roster of sporting experts at SEN 1116 with the launch of her Saturday night radio show ‘The Hen House’, a sports radio show with a twist.

Tiffany’s journalism career began in 1993 as a regular feature writer for Australian Runner Magazine. Tiffany worked on 3UZ (now Sport 927) as a weekly panellist for Brian Taylor’s Breakfast Sport Show, before working at The Age as a freelance sports journalist between 1995-99. During this period Tiffany also worked with 3AW and Channel Seven’s ‘Talking Footy’ program. Tiffany finally got her big break with Prime News, based in Albury as the Sports Presenter and journalist for the nightly news service. In 1998 Tiffany joined CNN’s World Report Team as an Australian Contributor and was awarded a one month scholarship the following year to work at CNN’s Headquarters in Atlanta for her outstanding work. In 1999 Tiffany returned from the USA to Channel Ten to co-host a Summer sports program, ‘One Summer’ with Matthew White and report for Ten’s ‘Sports Tonight’.

Tiffany Joined Channel Seven’s News Team in Melbourne as a full time Sports Reporter in 2000. She worked on a variety of sports including Olympic Reports, Australian Tennis Open and the AFL, including live reports from the 2000 and 2001 Grand Finals. Tiffany was employed in a variety of small presenting roles across Seven’s sports programming and also hosted Australia’s Olympic Welcome Home Parade at the Melbourne Town Hall. In January 2002 Tiffany took up an offer to join the new Fox Footy Channel as a Presenter, Boundary Rider, News Reporter and Producer. She produced and presented her own injury programme, AFL Injury Update as well as numerous documentaries from Africa, to America and Europe. Tiffany was the Channel’s on the spot tribunal reporter and provided key features for the network. Additionally, Tiffany hosted Foxtel’s Reality tv show, ‘Lara Croft Challenge’ with Cameron Knight and was a panellist on Foxtel and Channel 10’s ‘Beauty and the Beast’.

In 2007 Tiffany was employed by American company ESPN, the world’s largest Sports Network, to set up their Melbourne Bureau and be their Melbourne correspondent for SportsCenter (Pacific Rim). In mid 2008, Tiffany was invited to cover the ESPY awards for ESPN and test screen to anchor SportsCenter out of ESPN’s headquarters in Bristol, Connecticut. Following her successful screen test, Tiffany relocated to the US in her new role and covered a variety of sports including 2008 NFL Superbowl, 2008 Beijing Olympics, 2008 NBA finals series, 2008 Wimbledon and US Open tennis and golf, PGA tour, Volvo Around the World Yacht Race and 2009 Kentucky Derby.

Tiffany returned to Australia in late 2009 to re-join Foxtel as Host of their coverage of the Vancouver 2010 Winter Olympics, Delhi 2010 Commonwealth Games and London 2012 Olympic Games. In addition to her role with Foxtel, Tiffany presented the sport for Sky News primetime nightly bulletin with Michael Willesee until October 2012. In December 2012 Tiffany joined the team of sporting experts at SEN 1116 with the launch of her Saturday night radio show ‘The Hen House’, a sporting radio show with a twist, which as of March 2013 will move to Sunday nights.