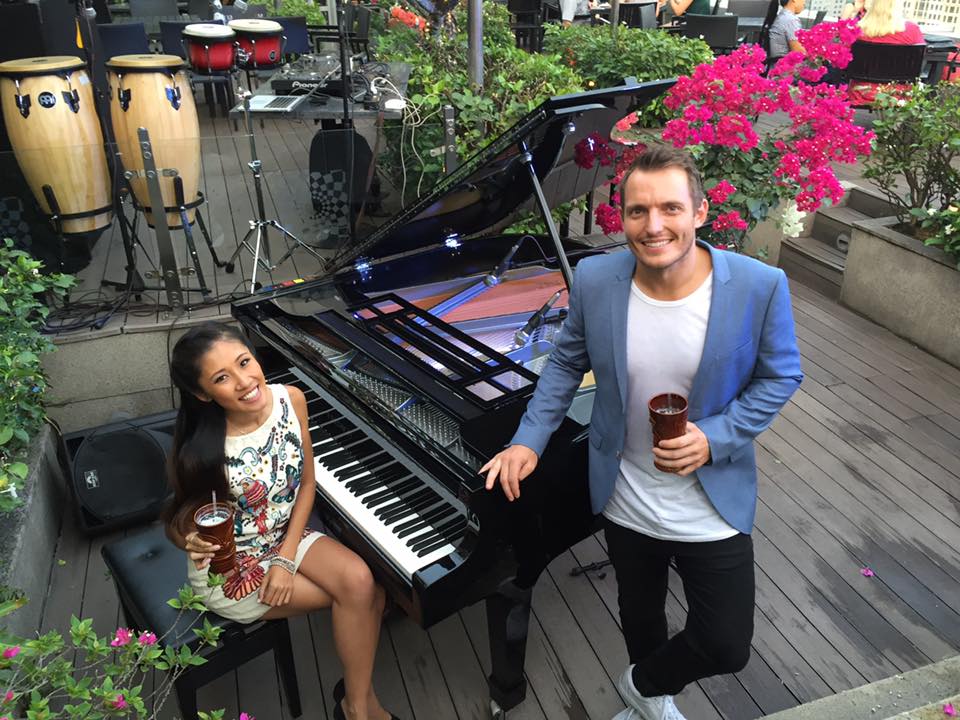 About Van Anh and Olsen (NSW)

DJ/Producer Olsen (one half of Fear Of Dawn) and iTunes chart-topping classical crossover pianist Van-Anh Nguyen come together to bring you a unique fusion of electronic chill-out music mixed with percussions and piano. Think Ibiza beats with a splash of Chopin and a dash of Bach.

Both artists have successfully established themselves in their own fields with Olsen signed to Tinted Records and One Love, and having had releases through Dim Mak Records (Steve Aoki), Ministry Of Sound, One Love, Tinted Records, Vicious, EMI and Beatdown Records. He has performed at dance music festivals such as Stereosonic, played at the Playboy Mansion (L.A.), and directed music for Melbourne Fashion Week.

Van-Anh Nguyen has 5 independent album releases, an iTunes #1 on the Classical Australian charts and leads an intense international solo touring career. She has won several awards and prizes during her piano studies across Australia, having taken out the Kawai Piano Award (Australia) and the Audience Prize in the 13th Sommerklavierfest, Bad-Bertrich (Germany) and won the 2011 Excellence in Youth Awards for Arts & Culture, NSW.