Rosie and The Bees 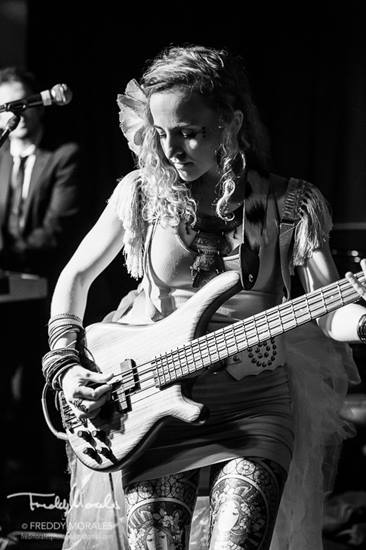 About Rosie and The Bees

As an artist, one of the greatest hurdles and most epic undertakings is the creation of their debut body of work, their first album offering. In Rosie’s case, it began with a collection of songs that she had accumulated on her travels through India, Hong kong & Japan. These songs were the sonic interpretation of adventures well spent, spiritual journeys had, love lost, family members missed, sunshine appreciated and so forth.

Post travels she went on to bring them to her band “The Bees” (Banel Martinez – guitars/MD & Byron Mark – Keys/percussion). Together they pushed sonic boundaries & allowed the songs to take the form that they chose, without allowing any limitations to genre or length – purely creating music for music’s sake. Once the songs were settled and performed around sydney (& Japan), it was time to take them to the studio, and there was only one person who was going to do them justice – Andro Martinez, engineer extraordinair. With several album under his belt (Martinez Akustica, Martinez Electrika, Darryl Beaton Band, Gang Of Brothers, Victor Martinez etc), and an array of the best analog/digital gear, Andro was to deliver fire.

The album was also to feature some of the creme de-la creme of Sydney’s music scene, including Buddy Siolo & Steve Marin on the drums, Dauno Martinez guest bass player, Fenix Martinez guest keys player, Maharshi Raval on tablas, and a special guest collaboration with acclaimed avant-garde classical guitarist Victor Martinez. ROSIE herself created elaborate backing vocal arrangements, sang all the lead vocals, played bass on most tracks, and also put her sitar playing skills to use. The studio collaboration was a labour of love. Months and months of recording, and re-recording, and mixing, and laughing, an album was born, eventually ..

Dig in to some ROSIE + THE BEES. Their honey is sweet.

Rosie and The Bees Videos