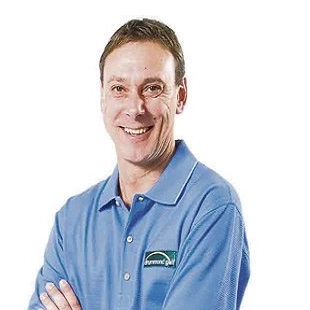 One of the most recognisable faces in Australian Golf, Brett Ogle has continued upon his success as a professional golfer during the 80s and 90s, and has now climbed to heights as a highly recognised and respected media personality.

Born in Paddington, Sydney, Ogle was adopted at 6 weeks of age and grew up in the country town of Goulburn. A multi- talented sportsperson in his younger years, Brett played hockey, rugby, rugby league and was a State Champion at both table tennis and athletics.

Fortunately for golf in this country, Brett Ogle discovered the sport at the age of 12, quickly developing a fondness for the game. Brett took a mere 3 years to reduce his handicap from 32 to 1, and it was then he knew he had found a sport that could make him a living.

His current engagements include exclusive host of The Golf Show on Fox Sports, The Ambassador for Drummond Golf, weekly radio segments on 2KY, (Sydney) SEN, (Melbourne) and appearances at Corporate Golf days, functions, and events throughout the year.

Recognised as one of the games most gifted and charismatic figures, Brett Ogle has been a supporter of several worthwhile charities (Make-A-Wish Foundation of Australia, Variety-The Childrens Charity), and it is no coincidence that media partners and sponsors have used the opportunity to partner with Brett. Few players have experienced the highs and lows of life on and off the golf course like Brett Ogle. Whilst confronting many variables, one constant of Brett’s career is his humour, a trait that has made him a fan favourite.