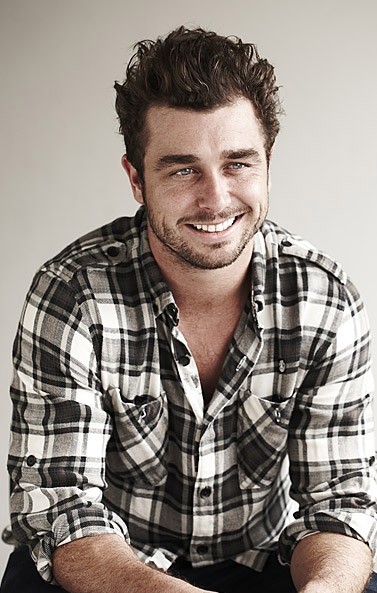 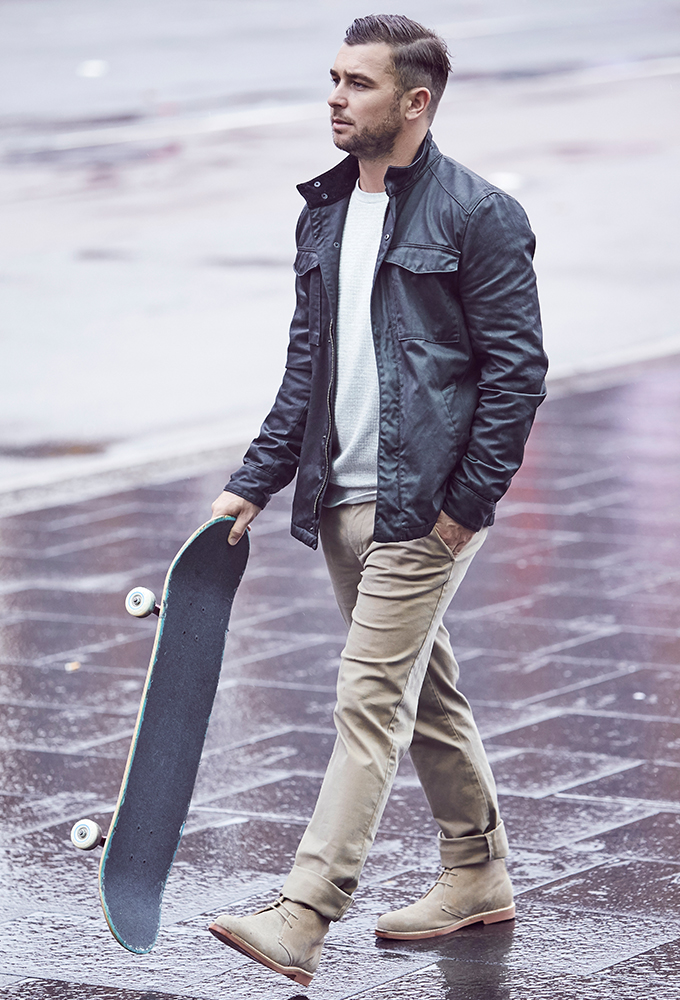 A product of Sydney's southern beaches, Corbin Harris has had his fair share of hurdles thrown at him. But armed with a cheeky grin, an uncanny knack for all things skateboarding and a penchant for world domination, this grown-up grommet isn't just ollieing that proverbial gutter - he's clearing it with a front-side air. At 12 years of age Corbin dreamed of representing the Wallabies and making his name as a professional rugby player - yep, seriously. And having been pulled from De La Sale School on Mum's orders and sent to Sydney's elitist Waverley College all in the name of a challenge, the dream seemed a very likely possibility. By 14 however, he had succumbed to the harsh realisation his much anticipated growth spurt was fast becoming fiction. At the same time he'd discovered a new skate park, Vert-X, had opened down the road from his family home at Taren Point. The transformation into a recognised international athlete had begun.

One look and Corbin was sold. He loosened his school tie, traded his slacks for chords and upgraded his Clarks to Nike hightops. And he hasn't looked back, now an accomplished X-Games medallist, author, designer and television host. Corbin won the interest of sponsors and before he knew it was touring the country with some of the world's best in Danny Way and Steve Caballero, starring on the Vans Warped Tour and Big Day Out festivals. But all good things must come to an end and when his major sponsor collapsed so did Corbin's burgeoning career. But not his will.

At 18 years of age and with his best mates more interested in partying than progressing their careers, Corbin turned 180 Degrees and opted to skate down a different path. And within 12 months, he'd kick-started his career in the media. With dialling wand in hand and a Foxtel remote in the other, now 19, Corbin picked up the phone to Fox Sports and convinced them to give him an opportunity to promote skateboarding on television.

At a time when skateboarding was on the verge of becoming mainstream, no one seemed willing to take the wheel, but Corbin put up his hand and as a result, skateboarding is flourishing. No sooner had he finished his first year as a guest commentator with Fuel TV/Fox that Corbin was offered his own show, Corbin Presents. He also hosted popular Fuel TV program Top Gun which was a twisted 1950s This Is Your Life-type show with the world's best athletes.

Throw in sponsors Element, Red Bull, Nike, SDS and his own book - Corbin Harris' Ultimate Guide to Skateboarding - and the Shire punk with the mind of a silver-haired businessman has set the bar pretty high for himself, and those game enough to follow. The man's even got his own range of threads with Element, featuring his own dedicated designs, and created an accessories range with Armourdillo. He takes all as seriously as he does his skateboarding.

And in case you're wondering, Corbin never had anything handed to him on a plate other than a home-cooked meal at Mum's place. Until four years ago he lived on a six-lane highway in Sydney's south. With a leather-bound diary, a mobile phone and a whole-hearted determination to succeed, Corbin has done everything for himself. Now, he's doing it for skateboarding, too and giving back to the sport that's given him so much.

He's been an advisor to the Australian Sports Commission, doing what ever he can - short of blackmail - to convince them to help fund more skate parks. He's helping design those very skateparks with Convic Skateparks and last year released his Ultimate Guide to Skateboarding - many sections aimed at helping parents and young children understand skateboarding and help promote its future. And by the looks of things, there's plenty more skateboarding to come...