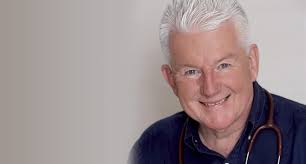 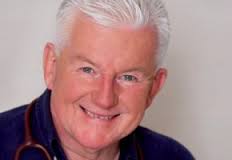 Dr John D’Arcy is a skilled communicator. With extensive experience in medicine and the media, his track record speaks for itself. Dr John is well known on the corporate speaking circuit with all of his presentations tailored to the client’s brief; With such a wealth of knowledge and experience, Dr John D’Arcy is an engaging and motivating speaker for any occasion.

John was the first medical practitioner appointed to an Australian newsroom and continues to lead in his role as network medical editor regularly appearing on the networks programs.

He was educated at St. Aloysius College and later studied medicine at the University of Sydney, graduating in 1971. John received his Diploma of Obstetrics in 1975 in London.

John and his wife Wendy, a nurse, have practiced around the World. In the 1970’s they were medical volunteers at a mission hospital in Qui Nhon, in Vietnam, during the months before the fall of Saigon. Later they worked together in a family practice in Wotton on the Isle of Wight.

In 1978, John established a practice at Goroka in the Highlands of Papua New Guinea and soon took over the running of The Ramu Clinic in the Ramu Valley, a medical facility caring for workers and their families at a newly created sugar plantation.

Whilst maintaining this international interest for the next 10 years, John’s involvement in the media began after the family returned to Australia and he settled into a family practice in Epping in Sydney.

In addition to his media activities, John maintains a wellness consultancy practice focused on identifying and communicating key health messages.

He produces and presents Health Check, a daily radio minute, sponsored by the Pharmacy Guild of Australia which is now heard on over 80 stations around the country.

John is the executive producer and presenter of Health Matters with Dr. John D’Arcy, a radio hour broadcast weekly on over 40 regional stations via the Macquarie Regional Radio Network.

Dr. D’Arcy is also involved with a number of charitable institutions including The Sydney University-Vietnam Foundation; The Institute of Immunology and Allergy Research and The Colorectal Foundation. He is currently the ambassador for Australian Hearing.

John and his wife Wendy have four children. He enjoys golf, sailing and under duress, sometimes gardens.