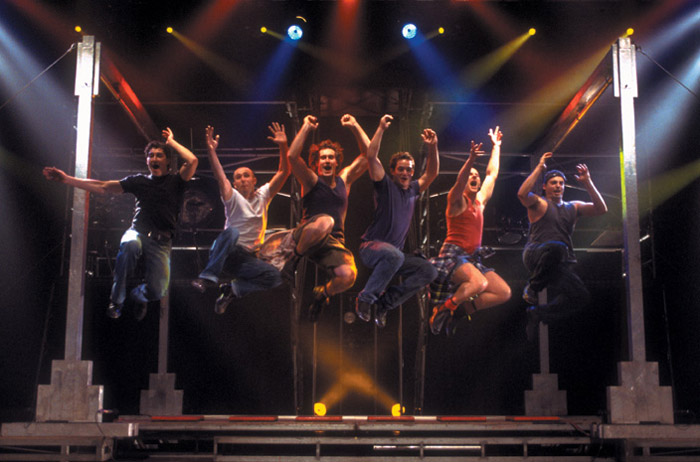 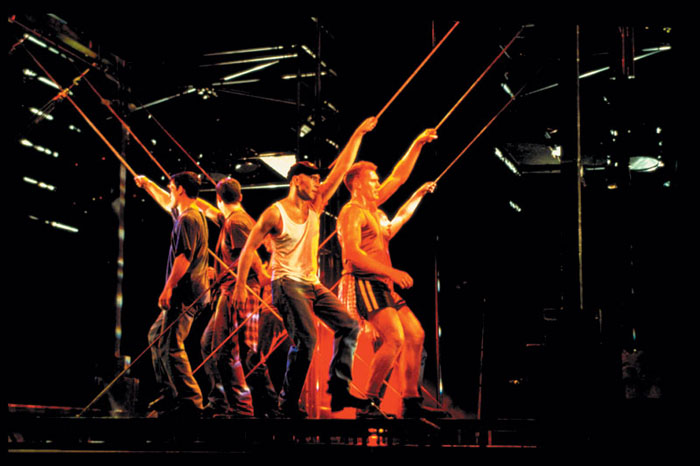 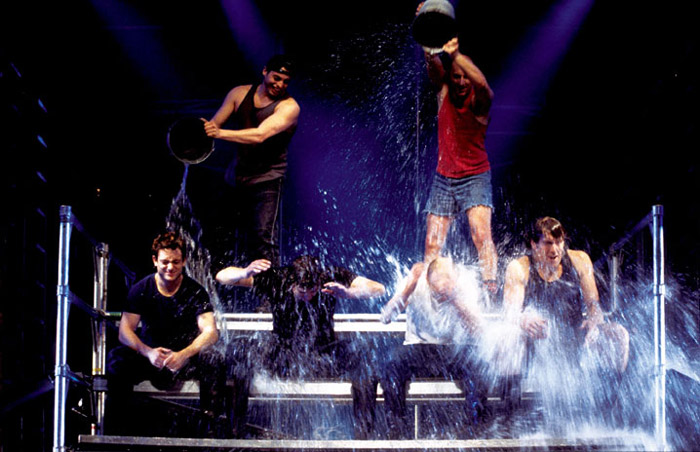 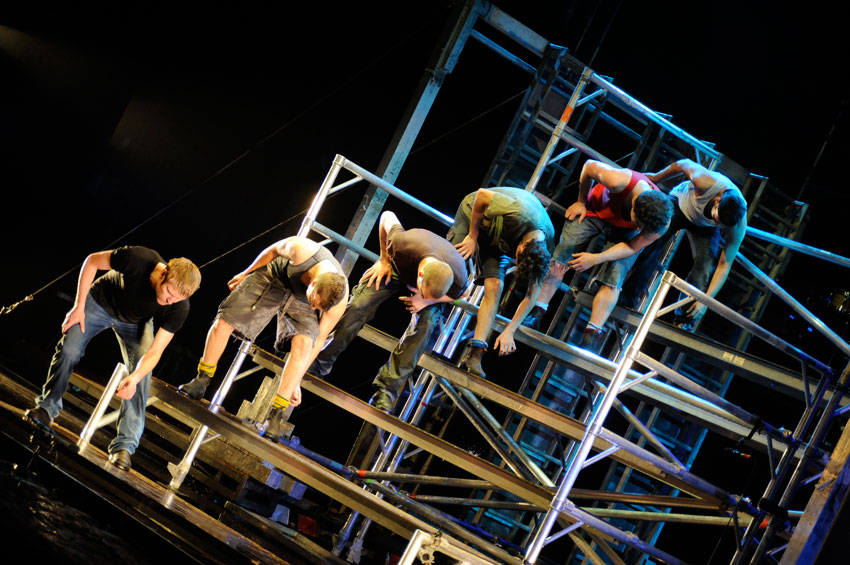 TAP DOGS are currently taking the world by storm with their unprecedented tap show that combines the strength and power of workmen with the precision and talent of tap dancing. The show started in Newcastle, a steel town north of Sydney, Australia. Olivier Award-winning choreographer Dein Perry headed the team with designer/director Nigel Triffitt, and composer Andrew Wilkie and created TAP DOGS; an 80 minute reinvention of tap for the New Millenium.

Australian Dein Perry, creator and choreographer of TAP DOGS, has come a long way from the garage behind his dance teacher house in Newcastle, a steel town north of Sydney where, as young boy, he and the “Dogs” learned how to tap. At the age of 17, with no opportunities in sight for a dancing career, he earned his union papers as an industrial machinist before moving to Sydney where he tried to break into show business. Small chorus parts in Broadway-style musicals led to Dein’s big break when he was cast in the long running Sydney production of 42nd STREET. When it closed, Dein decided to create a contemporary show around the themes of his industrial experience with his Newcastle tap dancing mates.

With a small government grant, Dein contacted his old friends, who had also taken up various ‘real’ jobs by this time, and formed ‘Tap Brothers’, a very early incarnation of TAP DOGS. From this Dein was offered the chance to choreograph the West End Musical, HOT SHOE SHUFFLE which brought the group to London and earned Dein his first Olivier Award in 1995. A subsequent offer from the Sydney Theatre Company led to the collaboration with eclectic designer and director NIGEL TRIFFITT, which resulted in the creation of TAP DOGS. TAP DOGS was the instant hit of the Sydney Theatre Festival where it had its world premiere in January 1995 – it caused an equal sensation at the Edinburgh Festival later that year.

TAP DOGS went on to play to packed houses at Sadler’s Wells in London; return tours of Australia; a West End engagement, for which Dein won a second consecutive Olivier Award in 1996 for his choreography; and an off Broadway, New York season in 1997. So far the company have won 15 International Awards including a Pegasus Award at the Spoleto Festival in Italy and an Obie in New York. The Australian dance sensation returned home in 2000 to take part in the opening ceremony of the Sydney Olympic Games. 1300 TAP DOGS from companies around the world performed to an audience of 3.4 billion viewers as the event was televised across the world.

The TAP DOGS story has gone on to immortalized in the movie BOOTMEN, directed by Dein Perry and inspired by his TAP DOGS experiences. The stage show continues to wow audiences all over the world now touring for 18 years.